Right now I’m reading Evelyn Araluen’s book, Dropbear. This book won the Stella Prize this year and I encourage you to read it – it brings together poetry, prose and essay writing into a tribute to country and an unpicking of what she calls the settler-colonial-industrial complex.

She’s an amazing writer and I’m in awe of her intricate self – her Aboriginality, her educated lens, her beautiful, poetic way with English words and her valiant attempt to find her truth. Her work leaves me speechless with guilt and shame for my ancestry. And then it leads me into a complicated maelstrom of thinking about place and about how the lens of memory can cast a very different light on the land we call home.

The previous Stella Prize winner, Evie Wyld, focussed on place in her novel, Bass Rock. The rock forms a kind of anchor to the stories she weaves together through different timelines, and Wyld examines the history of that piece of geography that outlives us all.

Bass Rock is in Scotland and it is huge and formidable and perhaps timeless – but who really knows, in this age of climate catastrophe? Here in Victoria, we have the majestic 12 Apostles, but the truth is there were never actually 12, only nine, and now there are seven. The deep power of the water has eroded them spectacularly and two have crumbled and crashed – one in 2005, the other in 2009.

Earlier this year, I had the pleasure of meeting journalist and author Richard Zachariah. His book, The Vanishing Land, explores the way that colonialism is crumbling across the Western District of Victoria. The thing about Zachariah’s book is that its view of the country is tinged by privilege and sentimentality, the loss of empires that rode on the sheep’s back – most particularly in the 1950s and 60s when Richard was a teenager at school in Hamilton.

And it is here that I slam into my dichotomy. As you know, I’m all for inclusion and for me that means accepting, acknowledging and respecting diverse viewpoints, especially when I’ve met someone personally and care for their wellbeing.

It’s just that the viewpoints are hard to reconcile when one is born of privilege and the other oppression – true oppression, the kind that started with cultural arrogance, wandered into genocide and ended with the near-destruction of the world’s oldest living culture.

To know that Zachariah’s protagonists in The Vanished Land suffer because the legacies they built on the lands that are – and always will be – Aboriginal leads us into the dichotomy, fostering questions: What is suffering? What is memory? What is cultural relevance? And who has the right to express their suffering?

I’m such a fan of Jane Austen. I swoon over the writings of Charles Dickens. My favourite writer in the whole of my library is Mary Ann Evans, or George Eliot by another name. Even these three literary powerhouses are but drops in the ocean of the entire British cultural legacy that swept our globe, eliminated indigenous ownership and split cultures apart.

Where do I stand? I do not know. I grew up with privilege so I cannot begin to know. I dare not even venture to begin to understand Araluen’s suffering. My childhood sense of place was formed by the hours and hours I spent cavorting in the backyard swimming pool in suburban Melbourne. One of my strongest memories is, at the age of 10, standing on the edge of the pool and watching smoke billowing across the suburbs on Ash Wednesday, 16 February 1983.

Privilege taints our sense of place. For me, that British heritage romanticises lace dresses, love marriages and green lawns sweeping in front of Georgian mansions. And that legacy informed so much of Zachariah’s sentimentality too – the British cultural heritage dotted all the way across the Western District, some mansions now a shadow of their former selves, others holding on to past glory.

This isn’t Araluen’s place. She explores being raised on her culture’s stories, in parallel with the colonial tales of Blinky Bill and the Gumnut Babies – these being the Australian icons that Zachariah was raised on, and I was too.

This is what she writes ‘to the poets’ – those white Australian writers of the past:

“You can look upon a wilderness if you think there’s a homestead to return to, that there will be crop and meat and cloth to harvest. You spread it and sprawl it and sing it back for the common wealth, taking and making words to diffuse the harsh edges of language over animal vegetable and mineral. You ferment myth into the bush and the billabong to give yourself history, and there’s enough there to make a man and call him native born.

Our bones mortar your buildings, your poems, but all the while we’re away in fringes and reserves. Don’t look at me. Cover up the earth that knows me but leaves wells so you can drain it. Take our language from our bleeding mouths and give it to your songs.”

During the 2019 bushfires that destroyed swathes of the Australian landscape, Araluen was in Britain at the time, attending a conference where she could contribute to the conversation of indigenous cultural heritage, as is her right. Here’s what she writes of her experience overseas:

“Floating at dawn on the North Atlantic Ocean, I walk the length of the deck as the ferry sways beneath me. I wander as if drunk from lounge to shop to cafeteria. A few passengers are watching the TV absent-mindedly as the newsreader’s accent clips unfamiliar over the names of towns that I’ve walked barefoot, country I’ve danced and swum and sung. Here where I’ve slept in slips of morning light, there where we drove wide nights under a river of stars. She calls it a forest fire and I watch as their mute faces are washed in orange glow. A man leans against he counter where I stand and I want to say – that’s my home, and it’s burning. Do you understand how much is alight? That we can’t breathe? I watch him watch expressionless before the story changes to the sport and his head tilts, his gaze involved.”

This burnt landscape, all Australians have some sort of affinity with it – this understanding of the tragedy, the fear, the horror, the loss and then the aftermath. The way that we all come together in our common frailty before these forces of nature.

In Australia, we’ve all lived through this. But where do we go?

Reconciliation means the action of making one view or belief compatible with another. So I ask, can we find some common ground in this, our place, our place Australia?

Can we respect Aboriginal culture and country?

Is it possible to ever forgive colonialism for its sins?

And can we unite to address the challenges that climate change creates in a land like this, ever so vulnerable to both flood and bushfire?

The optimist in me says yes, of course we can, if we apply compassion and vision and a willingness to listen. But the willingness to listen must be accompanied by a willingness to change. And for most of us, that change is very likely to include losing some of one’s privilege and that’s the hardest part: both when it comes to understanding one another and when it comes to climate change. There’s too much comfort for us to let go of if we’re brutally honest. And this leads us into the good old, lackadaisical ‘too hard basket’, where we put problems of all magnitudes and leave them for future generations.

The Co-Chairs of the Yoorrook Justice Commission, Marcus Stewart and Aunty Geraldine Atkinson, spoke at the First Peoples' Assembly of Victoria's first appearance in the Truth-telling process earlier in May. They said:

“The shadow of colonisation follows Aboriginal people everywhere we go. Although piecemeal reforms can let shards of light into our lives, we need complete systemic reform to ensure we have the freedom and power to make the decisions that affect our communities, our culture and our Country. Treaty is the opportunity to deliver that. Until then, this place will just remain the colony of Victoria."

Let us reconcile. Let us turn around and look clearly at this place, Australia, with its vastness and vulnerability, to learn from the original custodians of it and to say yes, we want it to be here forever. We all want our future generations to flourish in this timeless place. 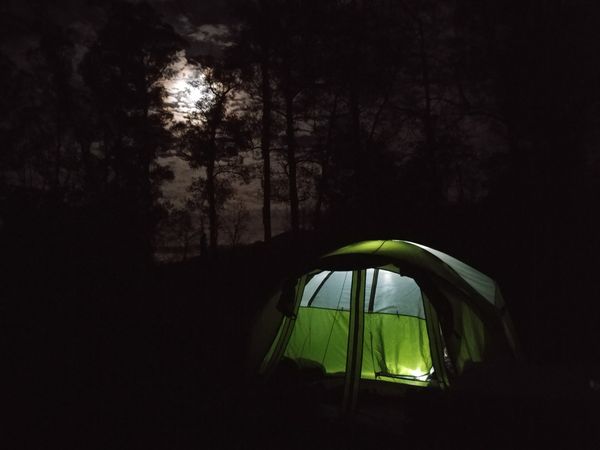 Or, letting the wilderness soothe our souls